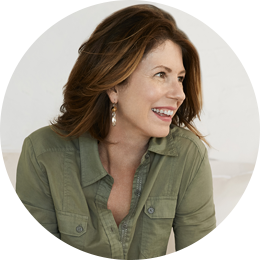 Paula McLain is the author of the New York Times bestselling novels, The Paris Wife, Circling the Sun, and Love and Ruin. Her latest instant bestseller is, When the Stars Go Dark.

Paula McLain was born in Fresno, California in 1965. After being abandoned by both parents, she and her two sisters became wards of the California Court System, moving in and out of various foster homes for the next fourteen years. When she aged out of the system, she supported herself by working as a nurses aid in a convalescent hospital, a pizza delivery girl, an auto-plant worker, a cocktail waitress–before discovering she could (and very much wanted to) write. She received her MFA in poetry from the University of Michigan in 1996.

McLain’s essays have appeared in Town & Country, Good Housekeeping, Real Simple, O the Oprah Magazine, Huffington Post, The Guardian, the New York Times and elsewhere. She is also the author of the memoir, Like Family: Growing up in Other People’s Houses, two collections of poetry, and the debut novel, A Ticket to Ride. She lives with her family in Cleveland.