Like Family: Growing Up in Other People’s Houses, a Memoir

In the tradition of Jo Ann Beard’s Boys of My Youth, and Mary Karr’sThe Liar’s Club, Paula McLain has written a powerful and haunting memoir about the years she and her two sisters spent as foster children. In the early 70s, after being abandoned by both parents, the girls were made wards of the Fresno County, California court and spent the next 14 years-in a series of adoptive homes. The dislocations, confusions, and odd pleasures of an unrooted life form the basis of a captivating memoir. McLain’s beautiful writing and limber voice capture the intense loneliness, sadness, and determination of a young girl both on her own and responsible, with her siblings, for staying together as a family.

“McLain, a one-time English teacher and aspiring novelist, offers a real-life version of White Oleander that strikes as fiercely as its fictional counterpart-if not more so. With credibility and tension, she strings together shards of childhood memories to create a portrait as riveting as it is sad. The book opens in the early 1970s, as McLain and her two sisters, having been abandoned by their parents, struggle to survive the Fresno County, CA, foster care system. Readers are gently shuttled from the last time McLain saw her mother (until 16 years later) to the first time she was molested by a foster father, to the 11 tumultuous and sometimes torturous years she spent at her fourth and final home. With her sisters by her side (luckily, they were never separated), McLain learned the importance of blood family in the absence of a functional day-to-day one. Never self-pitying, she nurtures her story as she wanted to be nurtured. It is clear that McLain wants to understand what happened to her childhood and why; this book is the beginning of her answer. Recommended for all collections.—Rachel Collins, Library Journal 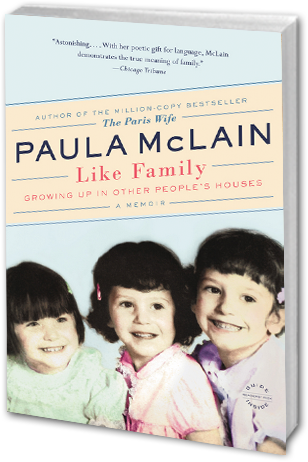